Bans or self-censorship? Jakarta conspiracy or local police action? ADRIAN VICKERS and ARIEL HERYANTO look at possible reasons for the recent ‘bans’ at the Ubud Writers and Readers Festival.

The wash-up from the cancellation of four panels and two book launches at the recent Ubud Writers and Readers Festival (UWRF) continues. Accusations and counter-accusations fly about the correctness of actions and attitudes on both sides of the debate. Friendships between the festival organisers and reconciliation activist groups are under threat.

Was the closing-down of events related to the post-1965 killings and anti-development protests a well-organised conspiracy coming from Jakarta—outdated remnants from the Suharto years? Or was it a case of hasty self-censorship on the part of the organisers in the face of threats from local police? The answers are anything but clear.

From a participant’s point of view, the issues of the cancelled panels were discussed everywhere: panellists were at pains to refer to the mass killings of communists, and to environmental issues.

Panel chairs were warned of the presence of Intel (police ‘intelligence’)—although if any of these secret agents understood enough English to know what was going on, they certainly did not show it. There were no interventions, not even in the mini-protest at the quickly convened ‘Censorship’ panel. 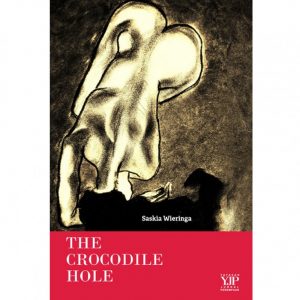 The only overt show was at the off-site launch of Saskia Wieringa’s new book on the Crocodile Hole—the site where the bodies of murdered generals were dropped on the night of the 30 September 1965, triggering the subsequent mass killings. The launch was rechristened as a ‘lunch’, and when Intel started taking photographs, everyone photographed them, sending them into confusion.

From an observer’s point of view, the main question is, what exactly has all the noise in the international media contributed to broader Indonesian efforts to come to term with the violent past? Dozens of famous writers from many countries quickly condemned what they were told were bans. The more panellists published stories about the ease of discussing the sensitive past during the festival, the more evidence that there was that these bans were not real.

According to festival director Janet DeNeefe, the police caught the organisers out with their timing. Coming one week before this huge multilayered event, the threat to cancel the whole UWRF was a successful intimidation tactic. The local head of Gianyar police intimated that he was acting on behalf of the feared state intelligence body, BIN. Given their murky record, including possible involvement in the murder of human rights activist Munir, this was not a threat to be taken lightly.

The festival’s Indonesian negotiators claimed to be inexperienced in dealing with this heavy level of intervention, and lacked a good legal advisor who could have told them that they needed to get something in writing. In the absence of written evidence, it was easy for the district police chief to deny that he had banned anything.

Such incidents are not anything new in Indonesia, even since the Suharto regime ended in 1998. In many other cases, organisers have called the bluff of the authorities and completed their events on 1965 without disruptions. Just a few days earlier, a special issue of a student magazine in Salatiga was threatened with closure for publishing stories of the 1965 killings. Not only did the soft version of magazine go viral online, but the incident attracted overwhelming support nationwide, putting the local authorities on the defensive.

The international outcry that resulted from the cancellation was certainly a huge own goal for the Indonesian government.

Understandably, with such history in mind, a number of local activists questioned what the UWRF had done to negotiate against, if not confront, the threat before they decided to cancel the selected panels. Indonesian activists expected more.

The international outcry that resulted from the cancellation was certainly a huge own goal for the Indonesian government. If it wants to gain influence—the Holy Grail of soft power—then petitions signed by famous international writers are not going to achieve that aim. But if the ban was never there, what this petition achieved is also unclear.

It is hard to tell what domestic audience the local authorities, and perhaps the national authorities, were playing to. The relevant minister—perhaps with an eye to the international crowd—later announced that he thought bans were not appropriate.

But the cancellations might be expected to serve a domestic purpose: they came after a series of events around the 50th anniversary of the killings, which had seen both sides of the national polemic come to the fore.

On the side of truth and reconciliation is a long series of publications, art events and organisation by victims’ groups and concerned parties to work towards justice. The famous film, Act of Killing, is one part of these events but by no means the first, nor the last. This film has succeeded in raising international awareness of the killings, a theme of Indonesia’s showcasing in the Frankfurt Book Fair this year. The holding of an International People’s Tribunal continues this theme.

The reaction against global attention has been just as marked. There are many groups with vested interests in not discussing the killings. These include the military, which has major collective responsibility for creating and organising the slaughter, and major civil bodies, including organisations belonging to major Muslim groups.

The rise of Islamic discourse in Indonesian politics has been marked by strategic use of anti-communism to legitimise existing positions, and to some degree to take over the authority of the military in public life. This transfer of authority has become part of the triumph of premanisme, the amplification of gangsterism in national and local politics, manifested in violent demonstrations against enemies real and imagined.

There has been a consistent backlash against attempts at truth and reconciliation. The first post-Suharto efforts to document and even exhume mass graves were met with threats and violence, as were attempts to reform the school history curriculum.

Most recently a Swedish citizen of Indonesian origin who came to visit the grave of his father, a victim of the killings, was attacked by a mob near the grave in Sumatra, and thrown out of the country. Muslim and other groups have resumed showing the Suharto regime’s propaganda film, The Treason of the Communist Party’s 30th September Movement (Pengkhianatan G30S/PKI).

The return of this film is symptomatic of the larger problem. Suharto’s New Order government was incredibly successful in defining the terms of discussion of the killings, presenting them as justified because ‘the communists’ killed six generals and three other officers. By means of this device, the killings of between 500 thousand and 1 million people are obliterated.

So, on the anniversary of the events of 30 September 1965—the so-called coup—the families of the murdered generals are wheeled out as ‘victims of communism’, as is the writer Taufiq Ismail, who has made great mileage from a story of being persecuted by communist activists. These meagre ‘facts’ of history somehow outweigh the larger event of a massive crime against humanity in Indonesian political discourse.

The current administration is struggling for control. President Joko Widodo lacks his own power base, but even if he had one, his powers are much more limited than those held by Suharto.

Various people behind the administration have vested interests in not having historical evidence discussed, and most of them were raised in the era when the Suharto regime’s propaganda was at its height. Add to this a series of crises, including the world’s greatest environmental disaster in the forest fires, and you get the not-too-surprising result of an attempt to exercise Suharto-era censorship over a hot political topic.

Adrian Vickers is professor of Southeast Asian Studies at the University of Sydney. He was a participant at the recent Ubud Writers and Readers Festival in one cancelled panel and three other events that proceeded.

Ariel Heryanto is professor at the School of Culture, History and Language at the Australian National University. He has long been involved in the analysis of activism and its underlying issues in Indonesia and other Southeast Asian countries.