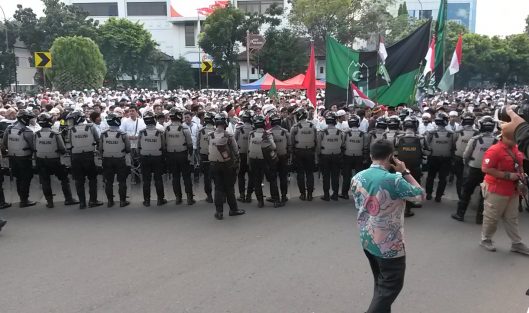 Oligarch puppet or people’s choice? —the rise and rise of Joko Widodo 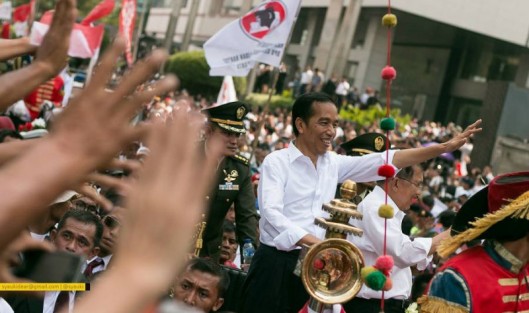 Scholars divide over whether the Jokowi ‘phenomenon’ represents a victory for Indonesia’s media oligarchs, or a serious challenge to them, writes ROSS TAPSELL. This year, Indonesia elected a new president, Joko Widodo (popularly known as Jokowi). He catapulted from mayor of Solo in 2005, to Jakarta governor in 2012, to president in 2014. Not part […]

The smartphone election Joko Widodo’s (Jokowi’s) inauguration as Indonesia’s seventh president this month, after trouncing the swaggering former Kopassus (Special Forces) commander Prabowo Subianto by a margin of 6 per cent in July, is an event of seismic significance, not just for the Republic but for all of us. It proves what’s possible and gives […]